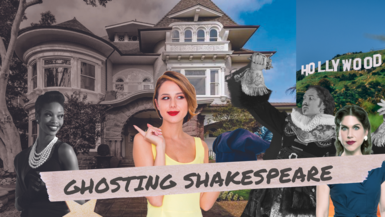 …Kate Kochu is an off-beat, 27-year-old aspiring improv actress who inherits a mansion haunted by ghosts that believe it’s 1942 and they are filming a studio adaptation of Shakespeare’s The Taming of the Shrew, starring Kate, whom they insist must be mega macho male movie star Rex, playing Petruchio. Her love life and career are turned upside down, forcing her to choose between messy reality and fabulous fantasy.

If you like: Shakespeare in Love, The Seven Husbands of Evelyn Hugo, Beautiful Ruins, Tootsie, Bridget Jones, Layla, Blithe Spirit

As a teenager, Kate survived a brutal school shooting that killed 14 of her classmates- and her single mother.

A decade later, she’s now an aspiring actress in Hollywood, with headshots that don’t quite do justice to her flashing green eyes and defiant dimples.

She lives with her best friend and fellow improv comedian, Collin, who’s so magnetically handsome he could have walked off the cover of Essence magazine. Kate aspires to greatness, but amounts to much less. When she isn’t rehearsing with her troupe, ignoring her push/pull feelings for Collin or throwing spaghetti at the LA wall to see what sticks, she spends a lot of time with the owner of the charming cafe where she works, the nearly forgotten former movie star, Liv Morrison.

Liv passes away, leaving her Hancock Park mansion to Kate. The very first night, Kate is awakened by spirits from Hollywood’s Golden Era who insist it’s 1942 and that she’s not a woman. She’s swashbuckling, mustachioed movie star Rex Morrison, whom they need on set NOW for their studio picture version of Shakespeare’s “The Taming of the Shrew”…​ 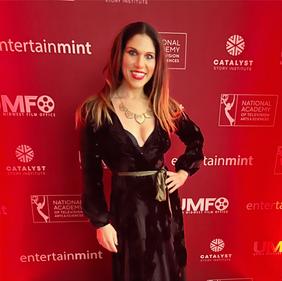 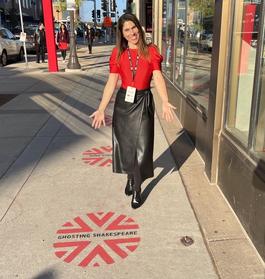